As per usual, I took my inspiration out of a song for this piece. This time it was one of my absolute favorite bands in the entire Universe (not joking here), Cloud Cult - with their ever-smiley Transistor Radio. What better visual way to tell a story than via a medium that's not visual at all?

The song (that you can listen to right here, although there's also a pretty beautiful live version on KEXP radio over here if you wanna keep going) talks about a boy that hears his dead grandad on his transistor radio - you know, those really cool and portable radios from the 50's and the 60's. Which obviously meant I'd have to set this tale in a 50's ambiance... can you hear the excitement resignation in my voice as I type this? :D

So! Radios telling a visual story. 50's ambiance. Brightly colored radios. To add coherence to the scenario, I decided to treat it in black and white as if it were some sort of 50's animation. And there you go :) 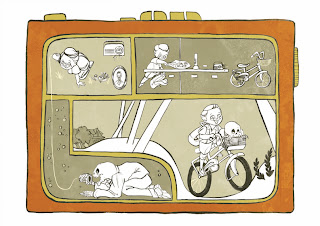 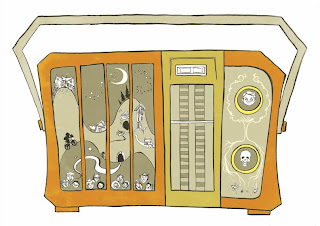 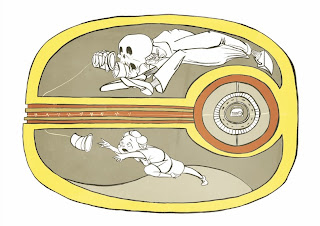 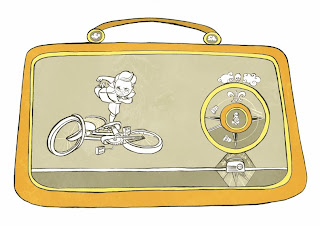 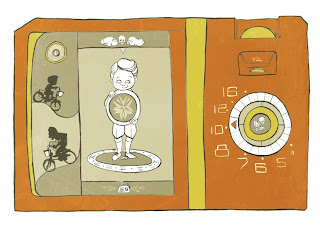 And well, in the end, the boy finally finds what his granddad wanted to show him (if you haven't heard the song and the lyrics yet FINE, I'll tell you what it ends at, but SHAME ON YOU for it's gorgeous :3): "Where I am, Where I've been, It's the Show". It doesn't get deeper than that :)

I particularly love his grand dad - a smiley skeleton is one of my favorite cultural elements that I just don't get tired of. And of course, the clouds are a nod to the band's name - do listen to them, their music and their lyrics are guaranteed to lift you up, I swear!
Posted by Unknown at 12:40 PM No comments: Links to this post 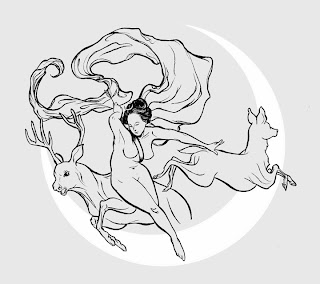 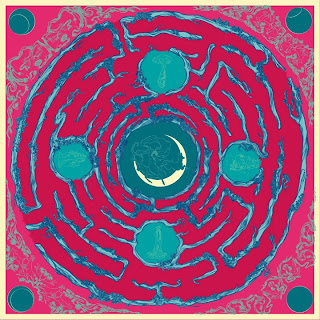 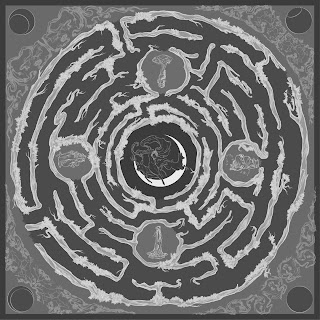 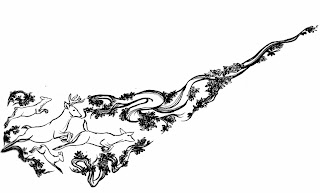 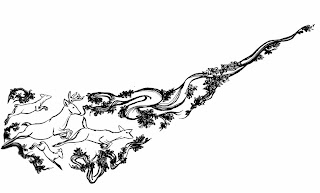 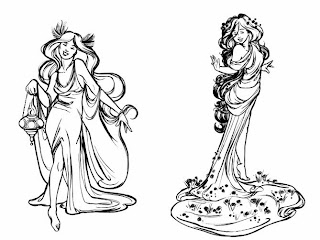 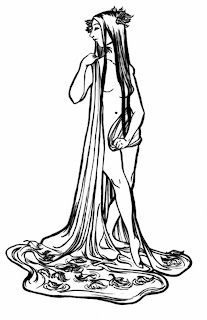 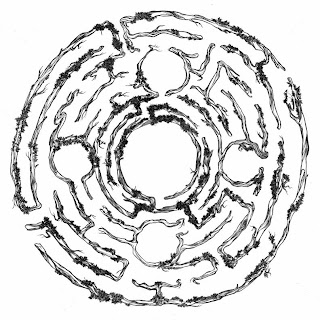 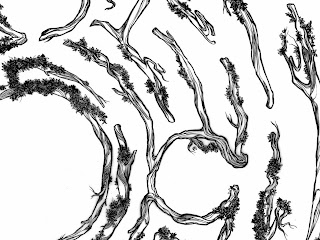 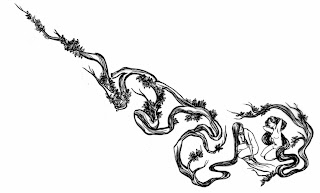 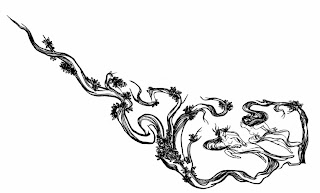 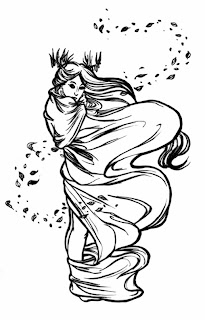 Sooooo... this is the reason why I had been away from the computer lately. Or at least, one of the reasons. Still got more stuff coming up...

Anyway. All of this was inked in a beautiful 60x60 cm format (the labyrinth at least: the other figures were each at different sizes, although the nymphs and deers were rather small. Super, über small... because I'm crazy like that :D) The idea was to create a labyrinth for Artemis, Moon Goddess, as a representation of the passage between two worlds and the quest for oneself: you're trying to find yourself and you get lost in the process, but getting lost can be a delight in itself! Also, I got way into the different connotation across the times given to the labyrinth: at the beginning it was thought to be a representation of the most intimate nature of spirituality, and after the Renaissance ended it acquired a profane signification - which is when I decided to add the forest as a symbol for the frontier between civilization and wilderness. And of course, nymphs and deers are happily joining in, along with the 4 seasons united with the 4 elements :D

I could go on and on about it - however, I'm super super happy with how this turned out to be, even if it was rejected. I discovered a few superpowers in here, so expect some other super massive update - I also finished my sketchbook, so it's time to scan it while I begin the new one... :D
Posted by Unknown at 5:53 PM No comments: Links to this post