*BD= Bande Dessinée. I like to make the distinction in my head between BD and comic as in the American sense, since I find the BD waay more interesting and wide in terms of art styles, themes and narratives. 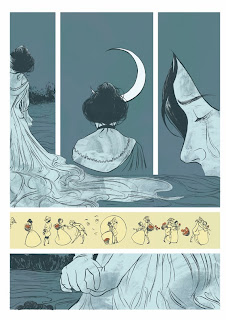 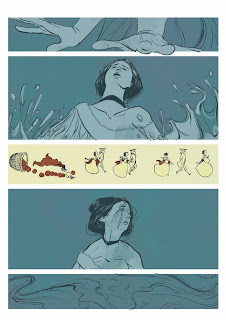 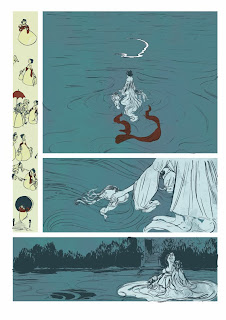 This is the project I prepared for a bit of a contest in Angouleme, based on the mexican legend of La Llorona. It was made in ink with the tiniest itty bitsy brush that I could find, and a normal (but apparently for people still pretty small!) one. And plastic. I worked on a plastic, transparent film that allowed me to make the tiniest, teensiest strokes. I'm just obsessive like that. C:

ANYWAY. As you can clearly see, the story revolves around a woman who had an affair with a gentleman who then wouldn't marry her, and got dumped with two children - which for society in that era was completely sinful. Hence the red, representing temptation and sin. In order to get rid of said sin, she allegedly drowned her twins in the river - but regretted it instantly, condemning her soul to just mourn for eternity crying for her children. Happy ending, huh? Mexican bedtime stories for you.

La Llorona is pretty a well known character - but she's even taken this evil personality in games and stuff, which is why I found it rather interesting to tell her story. Sort of the "Origins" side to her. And according to my mom, she won't steal your children - she'll just cry and wail and scare the crap out of you.